The Guiness Book of Biotechnology

Biopharmaceuticals currently represents the fastest-growing segment in the international pharmaceuticals market. The interest in novel technologies for discovery, design and production of biopharmaceuticals is continuously growing and there is no other comprehensive book available that deals with all the important aspects.

In this comprehensive four volume book "Modern Biopharmaceuticals - Design, Development and Optimization", the focus will be on the different technologies and modern approaches to development of sophisticated and innovative biopharmaceuticals. Different techniques are introduced, which were only recently developed and come from expert scientific labs in industry and academia. Some of the content is so brand new and intriguing that it has just been submitted to (or already accepted by) peer-reviewed journals. These nearly 70 chapters, together with the insight into the global changes in health care systems and the respective impacts on the development of innovative drugs, will make this book so unique. Additionally, the case study on Recombinate provides a good overview of the entire drug development process for a blockbuster biopharmaceutical, including - alongside approval - planning of the launch and market supply.

The Guiness Book of Biotechnology

Due to the impressive accumulation of outstanding results, presented by brilliant, privileged and creative thinkers, the book reads like the Who is Who of biotechnology. Never before has such an impressive group of individuals contributed to one biotechnology book, including Nobel Prize laureates Robert Huber, Thomas R. Cech, and Manfred Eigen as well as authors from the world's most famous academic institutes and biotech companies. 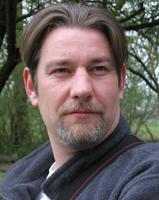 Dr. Jörg Knäblein is currently heading the Microbiological Chemistry Department (since 2004) at Bayer Schering Pharma AG in Berlin, after he was working for Schering's biotech subsidiary Berlex Biosciences in San Francisco (2001) and for Hoechst in New Jersey (1995) and in the UK (1990). His strong interest in biotechnology was layed already at a special highschool with focus on LifeSciences and then extended during his military services as an officer for ABC (atomic, biological, chemical) defense. He holds two diploma, one in biotechnology from The Society of Biotechnology Research (GBF) and another in biochemistry from Max-Planck-Institute for Biochemistry. Here, he also received his PhD in one of the world's most recognized research groups with Professor Robert Huber (Nobel Prize laureate 1988).

After winning the McKinsey Business Plan contest, Dr. Knäblein founded a biotech company together with Professor Huber (today consisting of more than 30 employees), before he took on the opportunity to work for the HighTech consultancy firm for two years - focusing on the LifeScience business of global players. As an interim manager, he also helped establishing the biggest eucalyptus oil plantation in Australia, 'Banalaster Eucalyptusoil Plantation' at Armidale, NSW, where he performed corporate communication, steered public relations as well as developed systems for ecological parasite eradication.

He is author of several books, and book chapters (including the outstanding reference "Encyclopedia of Molecular Cell Biology and Molecular Medicine", selected by ten Nobel Prize laureates!) and numerous publications in peer-reviewed journals, as well as a number of patents. Dr. Knäblein won several awards and honours, including McKinsey Award "Winner of the First Business Plan Contest", the "German Award from Government and Ministry of Science", and two "Scientific Awards" from the European Community and from the Max-Planck-Society.

Due to this distinguished career, and also as chairman and organizer of several international pharmaceutical conferences, he enjoys immense credibility within the LifeScience community and was therefore elected e.g. as "Executive Board Member and Scientific Advisor to the "European Association of Pharmaceutical Biotechnology", (and also as its designated President), and to the "Editorial Board of the European Journal of Pharmaceutics and Biopharmaceutics", and the "Advisory Board of the Drug Delivery Partnership". In this context, he co-founded the "PharmaManagementNetwork", bringing together business leaders from LifeScience and the entire pharma world in order to discuss current industry trends and generate commercial opportunities.

Dr. Knäblein also founded the consultancy "Global Pharma Specialists" (GPS) and established the powerful biotechnology hub www.get-gps.net, which represents a global competence network of the most knowledgeable experts from academia and pharmaceutical industry. The portal is like a center of excellence where the world's top scientists and most influential business leaders divulge their first-hand expertise, discuss modern (bio)technology trends, and develop strategies to shape the pharmaceutical future. GPS also serves as an educational network to create a new generation of scientists and entrepreneurs, enabling business development and facilitating start-ups.

He is also editor of the unmatched four-volume biotech book "Modern Biopharmaceuticals - Design, Development and Optimization", with contributions from the worlds top scientists including three Nobel Prize laureates, which is also referred to as the "Guiness book of biotechnology"

"The making of pharmaceutical and diagnostic agents in cells has moved from edge to the center of their respective commercial development. With "Modern Biopharmaceuticals", Jörg presents an outstanding collection of articles from groundbreaking scientists, comprehensively describing the many novel ways cells so are being deployed toward human good."
James D. Watson, Nobel Prize laureate 1962, Cold Spring Harbor Laboratory, NY

"...an impressive compilation of outstanding results written by brilliant, creative thinkers who are shaping present and future biotechnology. I am pleased to recommend strongly this complete and comprehensive basic reference source for this new, exciting field ..."
The Chemical Educator, 3/2006

"This is an extensive and unmatched compilation of comprehensive, in-depth current knowledge and history of biopharmaceuticals - the author is commended for this grand effort."
Veterinary Pathology, May 2006

Because of the success with "Modern Biopharmaceuticals", the publisher Wiley-VCH has now invited Dr. Knäblein to serve as the editor of the twelve volume reference book & treatise "Biotechnology".

As a dynamic international scientist and businessman, Dr. Knäblein served as consultant for global players, among them Baxter, Hoechst and Elan Pharmaceuticals focusing on fast-track product development, time-to-market reduction and implementation of industry best practices (like e.g. GMP/GLP or QA/QC/QM). In addition, he is serving as advisor to international clients and institutions, e.g. the Iranian, Taiwan and Australian governments, where he is helping setting strategic directions for national biotech opportunities.

Dr. Knäblein is a charismatic speaker, who gives lectures and presentations on different biomedical, biotechnology and pharmaceutical conferences, ranging from stem cells & gene therapy, bio- & business-ethics, bioavailability & drug delivery formulations, over expression systems & plant biotechnology to GMP manufacturing & fast-track approval of drugs - "from transcription to prescription". He was therefore also offered a lecturing position as Professor at the famous Charité university and hospital. From Silicon Valley to Bay Area, from Prague to London, and from Australia to Iranian Government, Dr. Knäblein's advice offers cutting edge information and powerful new ideas for creative minds shaping the biotechnological and business landscape of the 21st century.

"I have a dream ..." Once, on an early Sunday morning in 2003, "the 50th anniversary year of DNA discovery", I woke up and had the idea to bring together all the world-renowned leaders from biotech academia and industry, in order to publish a comprehensive book on modern biopharmaceuticals. As learned from nature, some things happen best - if at all - spontaneously. So, I contacted some of my friends, presented the idea and discussed with them the current hot topics in the Life Sciences arena. Very quickly a list with topics and authors emerged, which I presented to Wiley-VCH - and they spontaneously agreed to publish this book.
From my past career I knew a number of highly educated scientists and managers in the LifeSciences: first, when I studied biotechnology and did my diploma thesis at the GBF (Gesellschaft für Biotechnologische Forschung), then when I worked in the biotech industry with Professor Norbert Riedel, before I went on to also study biochemistry and do my PhD at the Max Planck Institute (MPI) with Professor Robert Huber. This was also a spontaneous move: I remember quite well, when I stopped by at the MPI on my way back from a snowboard trip in the Munich hills. Quite naively, I asked if I could talk to the Nobel Prize laureate Professor Huber - asking for the opportunity to work in one of the most famous laboratories in the world without even having an appointment. It was an incredible honor that he accepted. Now - as my teacher and co-founder of our biotech start-up - he encouraged me to write this book and was also willing to contribute to this endeavor. I am also pleased that a colleague from this start-up company is contributing with a chapter on genetically engineered factor IXa with 7000 times increased activity.

I hope that the reader will agree that this book is the first of its kind, introducing a comprehensive set of technologies recently developed, showing their impact on drug development, discussing paradigm shifts in the healthcare system and also reflecting these changes in industrial research. Compiling this wealth of information in a sophisticated manner was only possible if all chapters were written by the experts themselves, and most of them are working in academic institutes and (often in their own) biotech companies at the same time. The authors come from some of the world's most famous academic institutes, and biotech companies, such as CalTech, Cambridge, Charité, ETH Zurich, Fraunhofer-Institute, Harvard, Johns Hopkins, Karolinska, Kyoto University, London Imperial College, Max-Planck-Institute, MIT, Moscow and Polish Academy of Sciences, NCI, NIH, Oxford, Princeton, Scripps, Seoul University, Stanford, Technion, Weizmann, Yale. They are CEOs, Board Members or Global R & D Heads of world-class companies, e.g. Amgen, Bayer, Baxter, Berlex, Crucell, DSM, DuPont Merck, Genentech, Genzyme, Invitrogen, Lonza, McKinsey, Mologen, Monsanto, MorphoSys, Novartis, Novo Nordisk, Philips, Roche, SmithKline, Schering - and from FDA.
This profound and balanced mixture of academia and industry was intended to make the book equally appealing to scientists at research institutes, physicians at hospitals, students at universities and laboratory technical staff from areas like medicine, all different areas of LifeSciences, as well as other healthcare professionals. It is my hope that it will serve as an inspiration for all professionals in the field, since it offers a very good framework for understanding the complex nature of biopharmaceuticals, the mainstay of modern medicine.

We all know that since the remarkable "debut of modern biopharmaceuticals", the field of pharmaceutical biotechnology has evolved tremendously. By comparison, when I follow how quickly (life) sciences advance, it would make Newton's apple appear to fall in slow motion. I am very happy that people who contributed most to this fast and exciting development of biopharmaceuticals, who helped to usher in a golden age of molecular biology, also contributed to Modern Biopharmaceuticals - Design, Development and Optimization. I would like to take the opportunity to thank all of the authors for their excellent contributions and hope that the reader will enjoy this fantastic collection of scientific art.

PART VI: ADVANCED APPLICATION ROUTES FOR BIOPHARMACEUTICALS
Getting inside - quest for the best & how to improve delivery
Pathfinder - new ways for peptides, proteins & Co
Via mala - the stony road of DNA delivery: back-pack, feed-back & pay-back
Getting beyond - rocket science & science fiction
PART VII: FROM TRANSCRIPTION TO PRESCRIPTION
Opening the therapeutic window - between systemic toxicity & lack of efficacy
Happy end - claim to fame & approval
PART VIII: FROM BENCH TO BEDSIDE - THE AFTERMATHS
Think big & dealmaking for growth - global changes in the health-care sector
News & views - quo vadis, biopharmaceuticals?
Small molecules - light at the end of the tunnel or back to the roots?

System requirements: Microsoft XP, Office 97 RS-2 (minimum). Do you use other operating systems? Download a viewer for free: www.versiontracker.com, search for vlc. The almost last update of a viewer for several operating systems is provided.
Please start the presentation with the Power-Point-File: Modern_Biopharmaceuticals.ppt. Klick by klick you will be able to learn much about Biopharmaceuticals and enjoy the embedded videos. (To close the presentation, please press Esc or Alt-Esc, respectively.)
You may also pick a special video and see it separately. In the list below you find a description and the file name.
For queries concerning content and usability, please ask the editor.